Working in Krakow: A cool city with a crazy language

What can those who come to work at NoA Ignite Poland from abroad expect? Well, an interesting job, a great team, a cool company, and a fun city with the cheapest and possibly tastiest vodka on the planet. Oh, and one of the most terrifying languages in the world. Ouch.

Non-Polish speakers at NoA Ignite Poland make up around 12% of the workforce in the Krakow office. We currently have 12 people from 9 countries: Armenia, Austria, Belarus, Belgium, Denmark, Norway, Russia, Spain and Sweden. Many of us moved to Krakow to work at NoA Ignite, blissfully unaware that we relocated to a country with a language that many people rate as one of the most complicated languages to learn as an adult***. How do we cope? 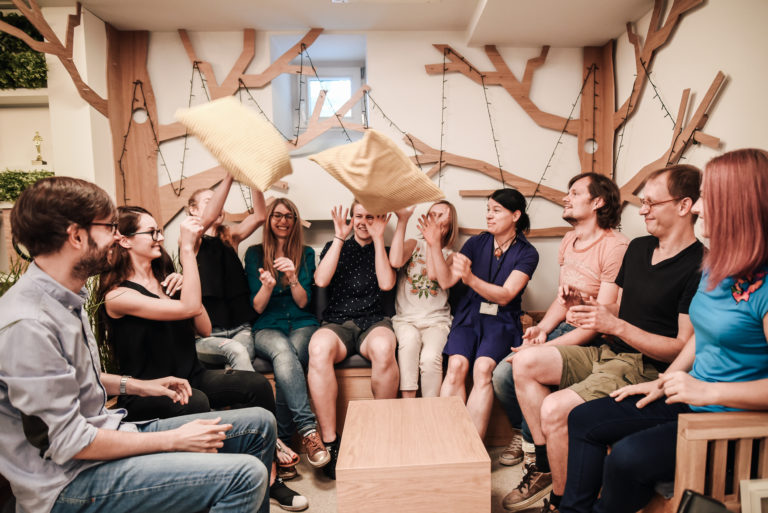 Content Services is the most international department at NoA Ignite Poland

The ongoing battle of learning Polish

My own struggle with Polish is a never-ending battle, it seems. To find out how my international colleagues view their relation to the local lingo, I made a short in-house survey, and further had a chat with two of our Content Editors, Manu from Spain and Pola from Belarus.

NoA Ignite’ working language is English – all employee meetings are in English and most training sessions are offered in English as well as Polish. But of course we are exposed to the Polish language every day, both at and outside work. NoA Ignite offers language classes with a private teacher, which is helpful. But for those who want to be able to understand and use the language effectively, attending language classes once or twice a week is probably not going to be enough.

The survey revealed lots of interesting facts. First and foremost, there is no correlation between how long we have spent in the country and our Polish skills. On the contrary, we are all completely different in this respect. Some decided not to learn the language at all, others attempted it and stopped, a few are still learning, and a couple have reached an impressive level of fluency.

Out of the 10 people who completed the survey, six say that they are happy to order drinks at a bar in Polish, and four think it is easy to ask for and understand directions when they are out and about. Only one person however said that s/he is able to follow a Polish TV series or film without subtitles, so as a group we still have some work to do – and we will, it seems: seven respondents confirm that they plan to keep learning the language.

At the moment, all international employees at NoA Ignite Poland are offered language classes with a private teacher, but there may be other initiatives to encourage our language learning coming up in the near future – but that will be the subject of another blog article!

***Of course how we manage to learn Polish varies from person to person, depending on things like our background and knowledge of other languages, our aptitude for learning languages, our will and ambition to learn, our personality, and our social life. Nevertheless, I think we can agree that the Polish language is a major challenge for many foreigners.

The newcomer: Manu from Spain

Time spent in Poland: Less than one year Language skills: Spanish, Galician and English plus some Italian and French. Also beginner level in Arabic. 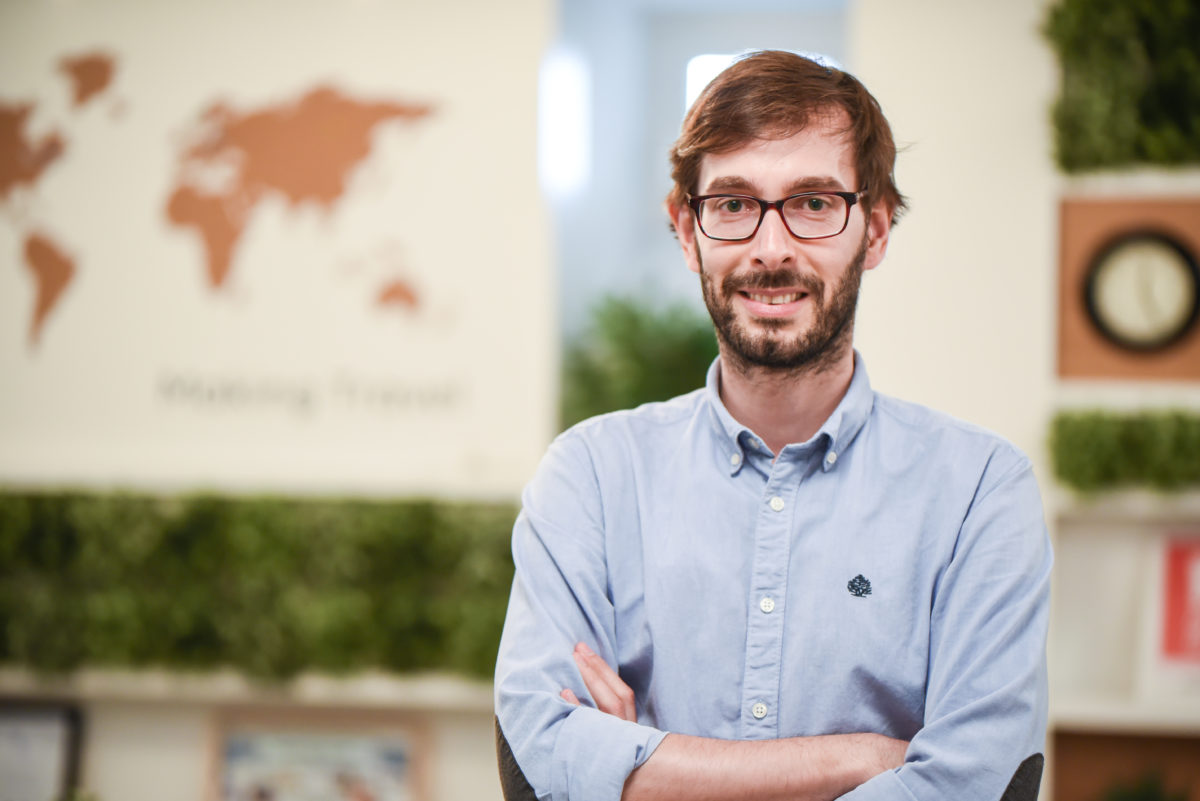 How do you find living in Poland as a beginner of the Polish language?

“Before I moved to Krakow I lived in Amsterdam, and to be honest it was a lot easier to get by there without knowing Dutch than it is to live in Poland without knowing Polish. Even though there is no official requirement for foreigners in Poland to learn the language, it can make social situations awkward here. At work, most colleagues speak English, but interacting with the cleaning ladies or security guards can be tricky. I have the impression that my inability to communicate might be perceived as impolite.

I am trying to learn, but it takes time – for a Spanish speaker it is quite a challenge to get used to consonant clusters like prz and szcz. My last attempt to learn a completely new language was Arabic, and so far I don’t think that Polish is any easier. Even with the best intentions, it can be tough to find the time and energy around work commitments and other interests. But it is slowly starting to make sense.”

What advice would you give to others who want to learn Polish?

“The best way to learn a new language as an adult is probably to actively use the language as much as possible, but this is something that goes with each person’s character. I personally prefer private classes with a Polish native rather than group classes or language clubs, at least at this initial stage.”

The advanced learner: Pola from Belarus 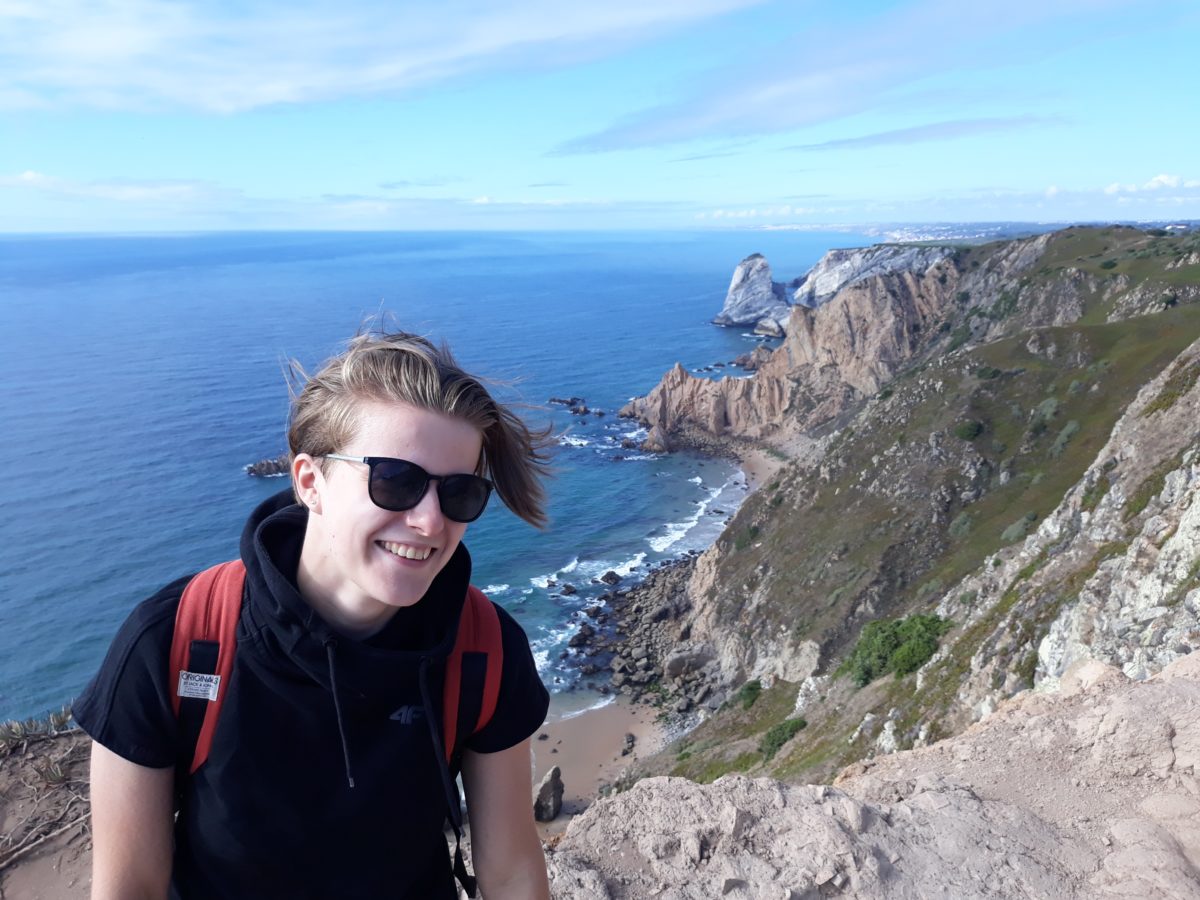 You have managed to learn Polish at a very high level. How was it when you first came here?

“My dad has Polish roots, and he used to greet me in Polish in the mornings, but apart from that we didn’t use the language at home. My only other experience of Polish before coming here was the instruction labels on the cosmetics bottles my parents used to buy. Of course Belarusian is closer to Polish than many other languages, but it is still a another language with a different alphabet.

When I came to Poland, I attended a one-year course which was taught only in Polish. It was difficult, but I learnt a lot that way. I also lived with two Polish sisters during this time, not with other foreigners. Of course it was very hard in the beginning, but they didn’t speak English so I was forced to learn.

The most difficult thing for me was to understand what people really meant when they were talking – it was hard to pick up on allusions and sarcasm. Poles tend to use the same intonation and pace whether they are joking or not. Also they hardly open their mouths when they speak, and they speak so fast! It took a long time before I could follow a Polish conversation, but it’s fine now.”

That’s very impressive – so what do our colleagues speak about in the canteen? I still get lost in conversations very easily.

“Mostly about work, to be honest! I have learnt a lot about Making Waves by listening in to conversations in the kitchen.”

“During the one-year course I did when I first came here, we read a lot of stories and then discussed them in class. This was a good method for me. I would also recommend focussing on the written language in the beginning – if you learn the written, more formal Polish, it will be easier to pick up on the spoken, informal language later.”

Last but not least, a few links:

Read more about the joys and pitfalls of learning Polish

See what else Anja has blogged about

Check out a quick guide to living and working in Krakow