Transcreating the northern lights in Krakow

NoA Ignite’ Content Services team in Krakow know everything about the northern lights. We have seen it moving across the sky in all its colours hundreds of times. At least on a screen.

The northern lights in Norway. Photo: Johannes Groll on Unsplash

Behind the scenes of Visit Norway’s winter campaign

Most people in Content Services are from countries where no such thing can be found in the sky, myself included. I’m originally from Austria and moved to Krakow to become a part of this international team. No, I don’t speak Polish – a question I’m asked very often – but as far as work is concerned, it is not necessary. Our client is Innovation Norway, the company responsible for Visitnorway.com, which is the official tourism portal in Norway. No, I don’t speak Norwegian either. My main responsibility is to bring the website to users in Germany – and that’s where being a German native speaker comes in very handy.

It is the web editors in Content Services Krakow who pull the strings of Visit Norway’s language versions. I really enjoy being part of this multilingual team, made up of 13 people from 8 countries. The work is produced in close cooperation with our Norwegian colleagues at NoA Ignite in Oslo, Innovation Norway’s Chief editor, and Visit Norway’s local offices in different countries.

For this year’s northern lights campaign we published 230 editorial and sponsored articles and promoted 210 offers in Norway’s northern lights destinations. Besides translation and adaption, we also set up campaign tracking for external partners’ links. This way, Innovation Norway’s partners know exactly how much traffic they get from Visit Norway and can measure the benefits of being part of the campaign. With a little help from Google Analytics, you don’t have to be in Norway to see how many Spanish users are interested in dog sledging in Tromsø.

Of course, all this is not done by the Krakow team alone. Visit Norway’s articles as well as commercial offers usually originate in Oslo before being sent to us by our Norwegian colleagues, and this was also the case with this year’s northern lights campaign. But Krakow is indeed the place where translation and everything that goes with what is known as transcreation – a process that goes way beyond traditional translation – for markets around Europe and the world is happening.

Different countries, different languages, different needs. Our inhouse editors and freelance translators are all encouraged to adapt the content to their target audience. Users in Sweden, for example, have different needs than users in Italy. In order to create good language versions, it is really important to have native content editors who know their markets well. The localization of content takes place on many levels – from rephrasing the text, which was written for a broad international audience, to adding local transport information, such as flight or ferry connections. 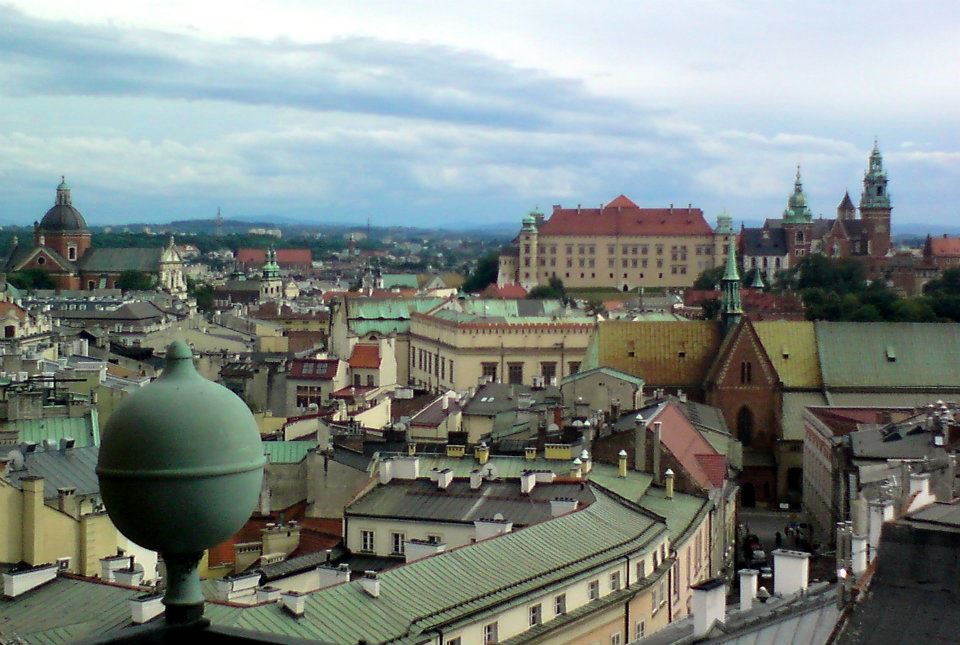 Why we are in Krakow

Rather than having 13 content editors in different offices across Europe, we are all in one place, even in the same room, in our modern office in the centre of Krakow. It’s great to be surrounded by other content specialists who write about the same stuff. While working with different languages, we all cover the same topics. Every week, we have a team meeting where we can exchange experiences, share ideas and ask for help with any tasks. This way, everyone has a good idea about what’s going on in other markets.

New insights from other markets can be a good source of inspiration. Basically, all local offices, as well as the International Innovation Norway team, share the same goal: They want to present Norway as a gorgeous holiday destination, help people to plan their trip and suggest activities, be it hiking in the forest, a new Edvard Munch museum or the northern lights. So why not work on that goal together?

Actually, that was exactly the intention when Making Waves was hired to set up an international content team. How handy that Making Waves already had an office right in the middle of Europe. There may be no northern lights, but Poland’s second biggest city is still an international city with a vibrant expat community. The idea of relocating native editors from different European countries to Krakow was born.

Of course we are not only in Krakow all the time. The business trips to Norway are one of the best things about working for a Norwegian company. As we collaborate closely with the Oslo team, we need to visit each other’s offices! And who knows better about travelling to Norway than a bunch of editors who spend most of their days writing about it?

I haven’t had the pleasure myself to travel to any of Norway’s northern lights destinations yet. In fact, most of our team have never seen the northern lights anywhere, but our recent campaign work has certainly been good source of inspiration. Maybe we will do a snowmobile safari in Svalbard or a northern lights cruise with Hurtigruten? We certainly know how to get there!

Find out more about working for Content Services in Krakow

Carina is a Senior Content Editor for the DACH market at NoA Ignite. She studied Media and Convergence Management and gained work experience in marketing as well as journalism in her home country Austria. Since 2017 she enjoys her expat life in Kraków.