NoA Ignite’ Content Services department had the privilege of joining Visitnorway and their CMS provider SimpleView on a rather special trip to Norway. Here are a few highlights.

Batman and the Trollstigen mountain road

As the bus slowly winds its way up the Trollstigen road, many of us hold on to the armrest a bit tighter than usual. The insanely narrow bends that make up this steep mountain road look cool on photos, but sitting in a tourist bus that seems far too big for the hair-raising construction serves as a reminder of how close we are to… well, eternity.

The local bus driver is reassuringly calm, however. He is obviously a Trollstigen pro who has done this before. Very well, there are times in life when we just have to let go and put our trust in other people. Even in a wobbling coach that seems to get a bit too close to the abyss at times. 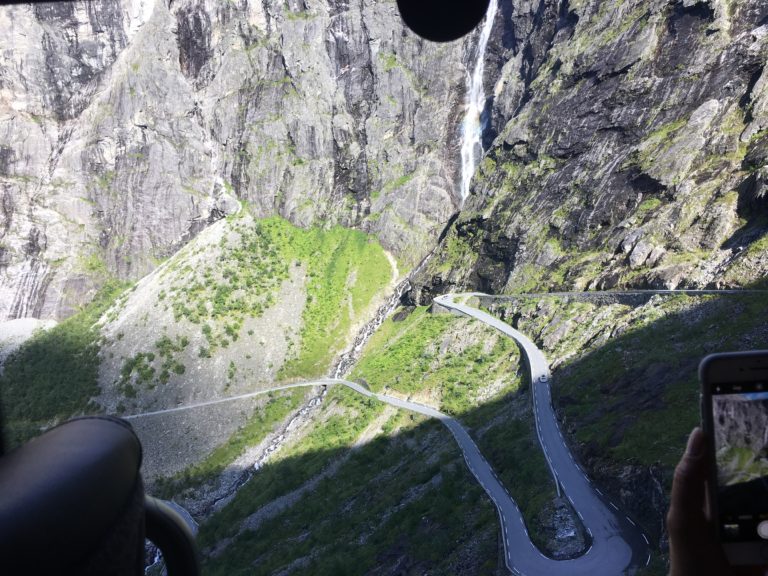 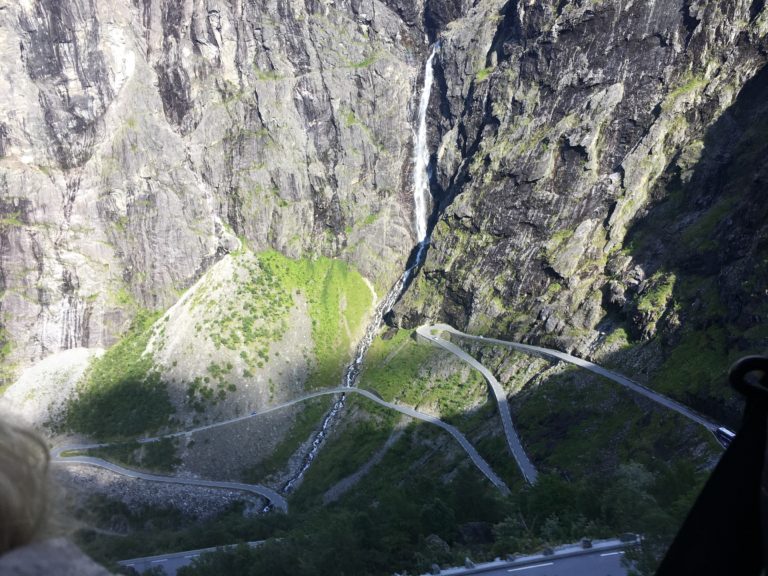 Half way up, the bus stops. Our guide turns on the microphone and explains that he has a surprise for us, and we should all get off the bus. It turns out that he has two friends who plan to do a BASE jump from Bispen, the mighty peak right above our heads, today. In fact, they are already up there, waiting for a signal from our guide. They have spent several hours to get to the top and are now getting ready to throw themselves over the edge. Crikey. It’s an impressive top – just making it up there would certainly be a feat in itself.

“Pay attention,” the guide says. “When the guys jump, you will only see a small dot in the air to start off with – but they quickly reach a speed of over 200 kilometres per hour, so all of a sudden they will shoot past like a rocket.”

200 kilometres per hour? This is nuts. The group with some 30-odd people stare intently at the mountain top and sure enough, far up there in the distance it is possible to distinguish the silhouettes of two men. Then BASE jumper number 1 throws himself off the cliff. We glare at the small dot, which could just as well be an eagle cruising around in the sky. But then we hear a faint but steadily increasing “whoooosh”, and before we know it, the BASE jumper sweeps past – like Batman, but real and dressed in something that resembles a red tent. Unbelievably, BASE jumper number 2 shoots past even closer than the first, just a few metres above our heads.

Christian Hamp captured the moment on video (watch it until the end!):

We continue up to the Trollstigen visitor centre, where there are several viewpoints over the 11 hairpin bends we have just conquered. I have seen pictures of this exact view numerous times. And still, as I stand at the top and observe how cars, motorcycles and buses try to make their way up while avoiding both each other and the steep sides, it is somehow overwhelming. I mean, it looks like the toy race car tracks we built when we were kids. Surely only a child would dare to imagine a construction like this – or possibly a madman or a genius: it is the vision of somebody who refused to see obstacles but rather just decided what they wanted and then went ahead and did it.

As you can tell, this country is officially insane. And I haven’t even mentioned the wine tasting evening we went to – yes, Norwegian wines. And why not? In Norway, anything is possible.

About the Trollstigen area

The area around Trollstigen is well worth a visit even if you are not into crazy driving or extreme sports. We stayed in the cute town of Åndalsnes, which is within easy reach of scenic cycling routes, SUP (stand up paddling) and hiking trails. Those who want a full day challenge can do the Romsdalseggen hike, whereas those who are content with a half day trip have the fabulous Rampestreken right on the doorstep. The hike there and back can be completed in about three hours if you are prepared to let your legs do some proper work. If you are not used to hiking, it will be tough – but your legs will forgive you as soon as you see the grand views at the top: 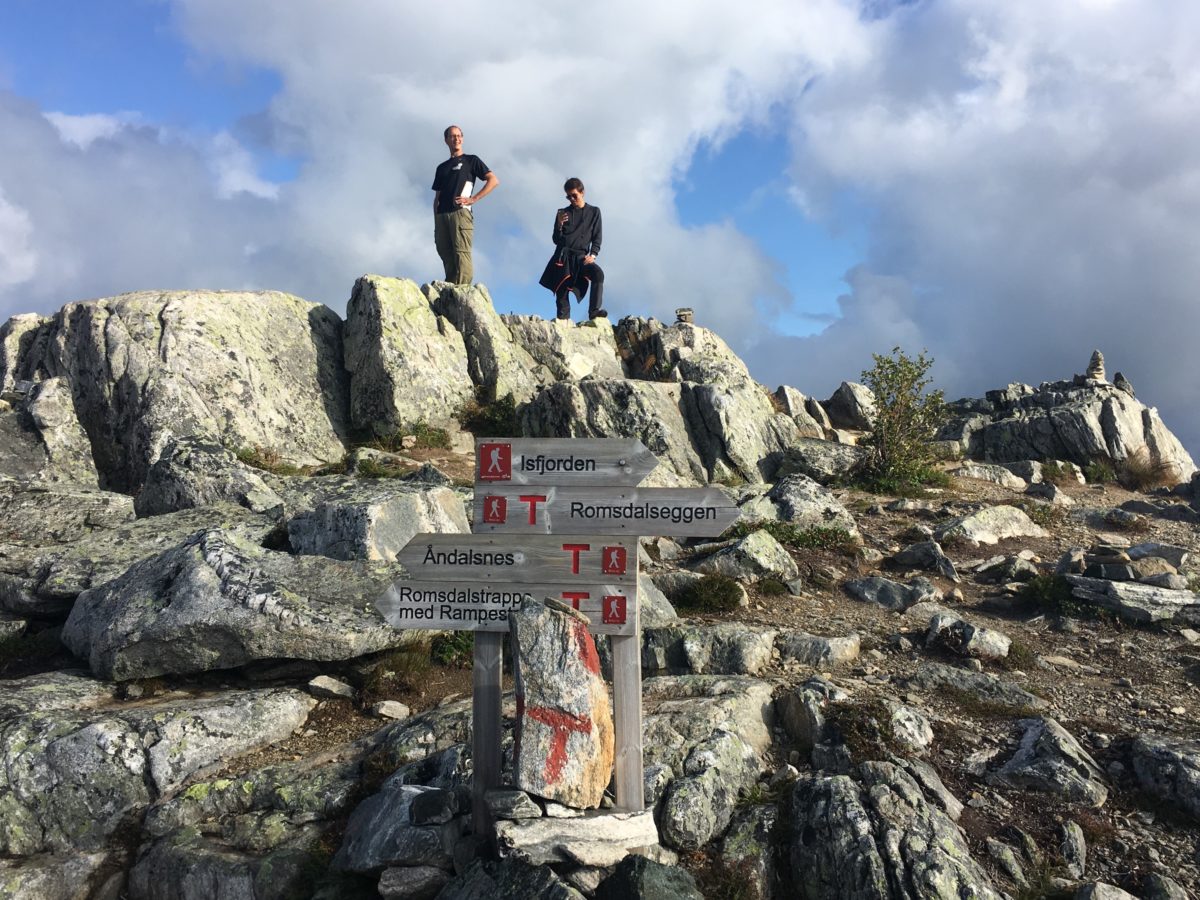 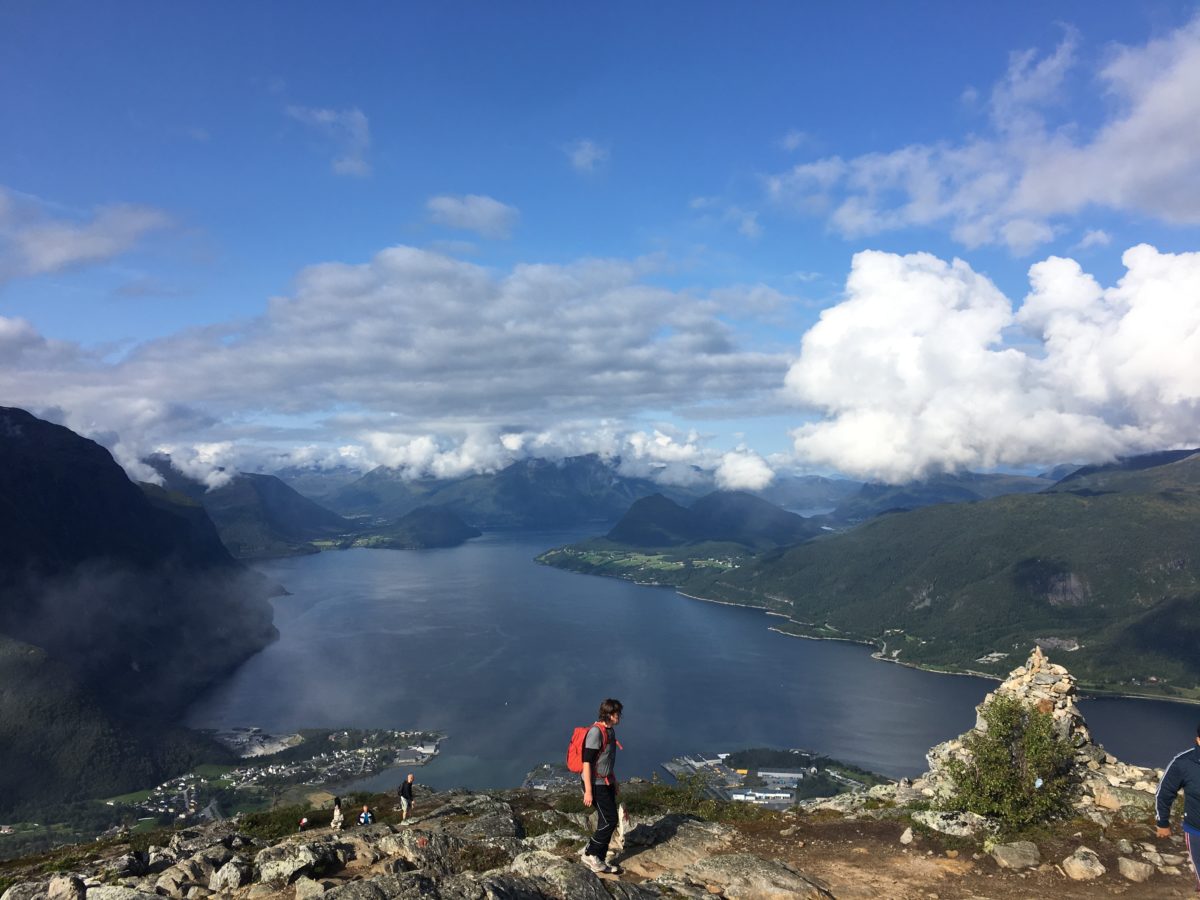 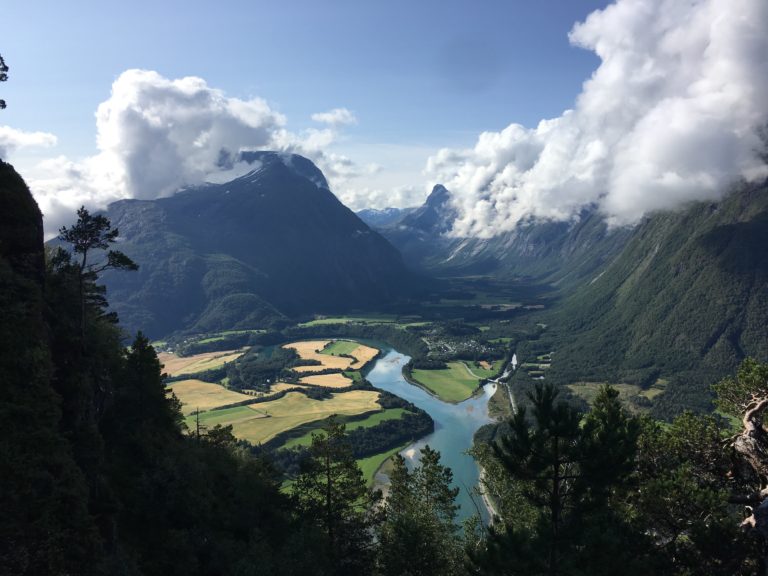 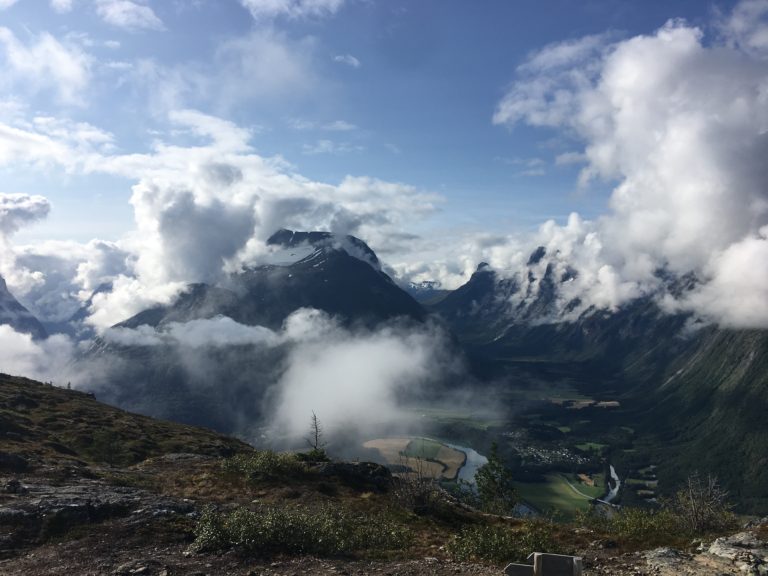 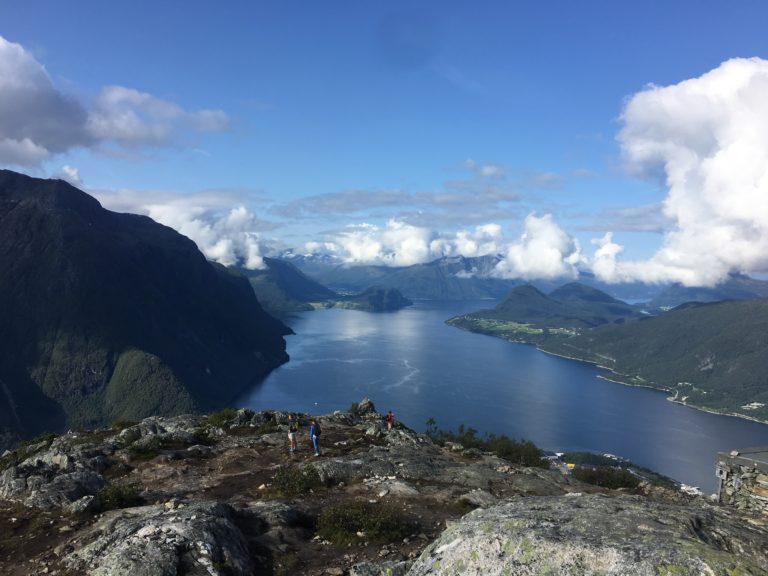 It’s easy peasy to get to Åndalsnes by train from Oslo, a capital of Norway. The whole train journey goes through wonderful nature, from yellow fields and green forests to roaring rapids, rivers with blue-green waters and high mountain peaks in the background.

Final verdict: Worth a visit!