Smart Ostrava, the Marketing Festival and the Next Best Actions

Once a year, Ostrava in the Czech Republic attracts thousands of international marketing professionals, eager to learn from success stories that form a solid base for new ideas and business opportunities. Carlos Rubens shares insights and key learnings from the Marketing Festival, an action-packed digital media event that exceeded all expectations.

Central Europe’s golden autumn is an inspiring season. It is the studying season, but it is also a great time for traveling under the sunshine and the shades of blue sky, just wearing slightly warmer clothes. True, if it wasn’t for those scattered weeks when it rains non-stop. Which is more what Ostrava looked like before the long-awaited Marketing Festival. The third largest city in the Czech Republic appeared particularly grey, the skyline dominated by the rusty man-made monster structures at the former steelworks of Vítkovice, a creepy complex that dates back to the XIX Century. The former gasholder known as Gong, now completely transformed into a cutting-edge multifunctional hall, was the chosen venue for the event. 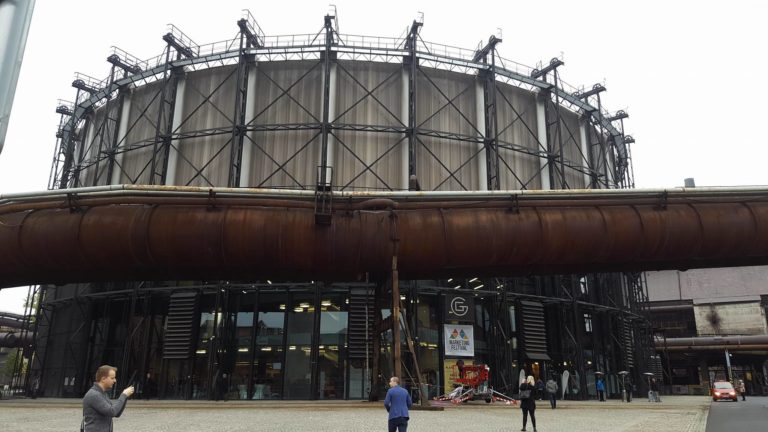 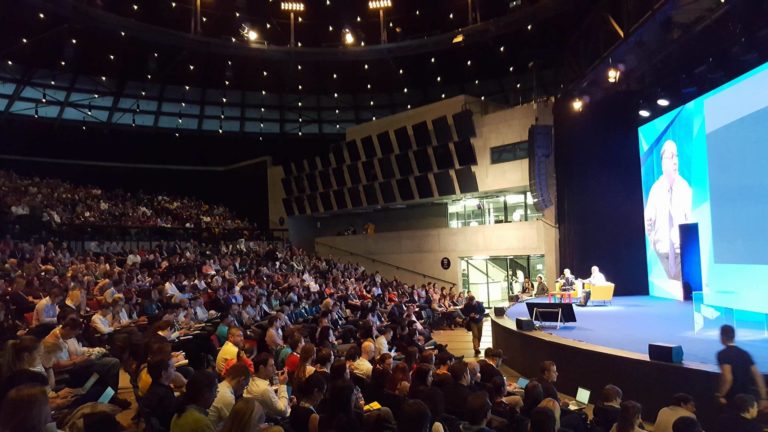 The program covered a range of topics, from web analytics to social media and programmatic advertising. Young professionals from different corners of Europe shared their experiences and set the grounding for the latest models of strategizing search engine optimization, data science and the rise of creative testing in user experiments. In addition to lectures, the agenda comprised discussion panels and a series of workshops that took place at the VŠB – Technical University of Ostrava. VSB is the home of the RISE Program, a framework connected to the Erasmus student network intended for local companies interested in hiring foreign students as interns.

Aware of this inspiring environment for knowledge transfer, and seeking fresh information from the realm of big data, I have gathered a few experiences I would like to highlight: 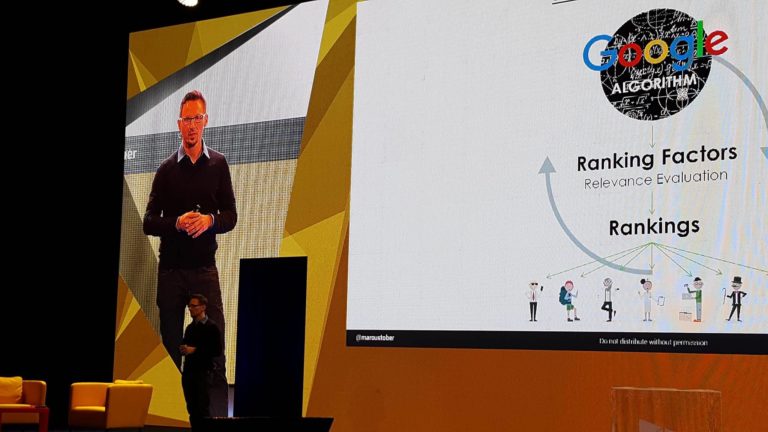 The dynamics of search rankings: “Be water, my friend!”

Search marketing specialist Marcus Tober borrowed Bruce Lee’s classic quote to describe the new demands within the dynamics of search engine ranking factors. Tober stressed that the future is data science-driven, and search engines have started to understand context: from a flexible format to a more responsive and adaptable mechanism. “Ranking factors are not rigid anymore. They are shapeless like water”, Tober added.

The new trend also indicates the need for providing users with different content formats, depending on their intention and the nature and moment of their search. The new intention-centered dynamics have set the rule that different ranking factors apply to different industry sectors. Health, ecommerce, finance and travel – each has its specificities when it comes to content relevance and variables corresponding to the moment of the search, the user’s intention and profile. Google’s new algorithm is real-time. Machine intelligence is a reality with Google Brain.

How can content relevance be measured? Tober suggests swimming against the current: Finding the most powerful keywords, marking them and analyzing the content that is left on the page, except from the keywords. The secret is to prioritize the analysis of what else you have that can keep the user on your page. 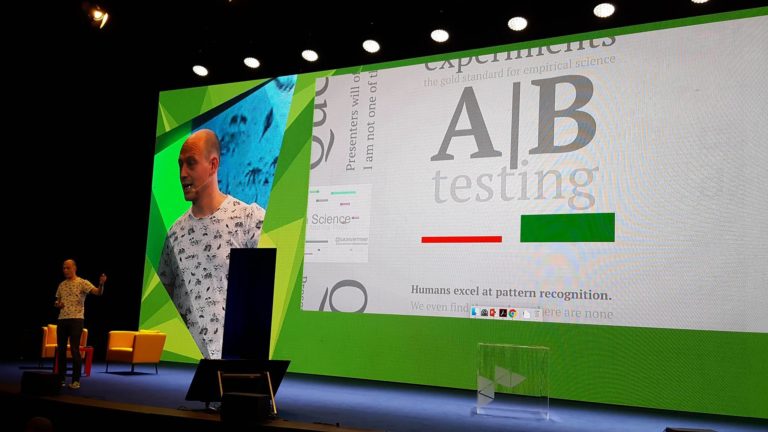 Data science for fun and for profit

Booking.com’s A/B testing guru Lucas Vermeer defended the thesis that machine learning is becoming a commodity. However, the more we move forward, new challenges appear. “People were already discussing marketing as science back in 1993”, explained Vermeer.

Artificial intelligence is on the wave crest and names such as Geoffrey Hinton ascend, as do their efforts to discover how to make computer neural networks work closely to the way the brain works. Scarily enough, algorithms and architectures aggregate elements of neuroscience such as vision, speech, control and beyond.

Meanwhile, creative testing plays an important role in identifying patterns in the way people interact with content. The most challenging aspect of A/B testing resides on identifying the ultimate goal of the experiment before even getting started with finding the right question, building the hypothesis and launching a prediction. Only then is it time to launch the experiment and, ultimately, analyze the test results.

According to Vermeer, not all patterns are revealed by data alone. Some emerge from the way data is analyzed. One interesting experience described by the presenter was a test with two page variants: One with a shaving foam product and the other with an eyeliner. Both triggered survey forms that asked for additional data such as age and weight. One of the conclusions was that viewers of the eyeliner page variant were lighter in weight. This information proved irrelevant since it simply meant that all men (heavier in weight) who got that version of that page immediately bounced. Most of the survey respondents were women, leading to a sample ratio mismatch and a useless test.

With creative testing analysis, it is quite easy to end up trapped by misleading interpretation possibilities and paradoxes: “Why are sailors more likely to drown whilst wearing a life vest? Maybe because they only wear life jackets in bad weather…,” Vermeer speculated. It is necessary to think outside the box, even if the thinking is going to take most of the time of your experiment. We have to start by answering a few questions, for example “How big should the sample be?” and “For how long?”. Moreover, it is essential to set the length of the experiment up front, keeping in mind that after one week, the variants will be applied only to 50% of the users. 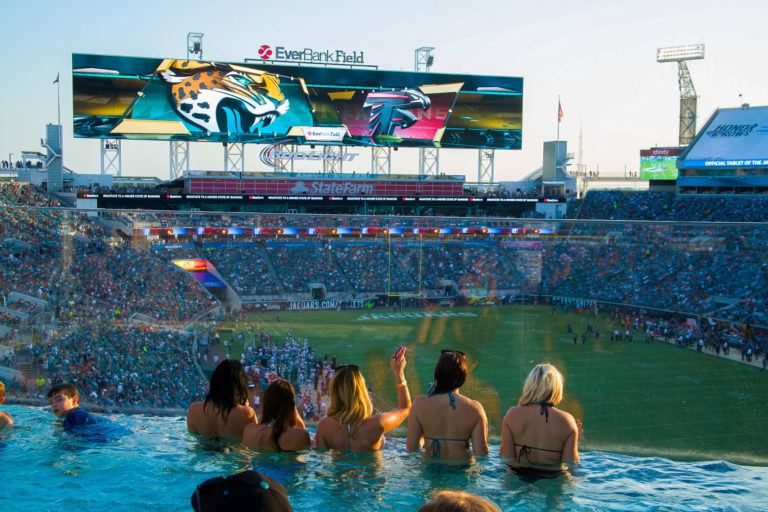 The database-marketing specialist Kevin Hillstrom shared an impressive account on the state of American marketing activities. By exploring various channels, including nationwide TV broadcasting, he showed how sports-developed marketing activities have developed in the United States.

Hillstrom wrote approximately 1 million lines of computer language to understand customers’ behavior the American way. In the US, content is generally designed not only for the customer sitting on his/her couch. Customer acquisition matters and marketing specialists must explore all possible channels. New ways include thinking of social media as your list of prospects, personalization and tying your marketing strategy to new merchandise.

“In the era of a programmatic revolution, we will be able to reach the right audience at the right time and in the right context, with the right format and message for the right price” predicted Hillstrom.

Sticking to statistics, eMarketer forecasts that 72% of digital advertising in the US will be bought via automated/programmatic systems by 2017.

The highlight of Hillstrom’s lecture was his take on the concept of omni-channel as a plural marketing mechanism: Consumers who interact with a brand in several ways by moving from digital devices to physical shops that all grant a personalized shopping experience. The success story shared involved Florida’s NFL Jacksonville Jaguars pre-season football game, back in 2014. In order to bring fans back to the stadium after a disastrous previous season in terms of performance, the solution found by the Jaguars was to install a swimming pool within the stadium facilities, to combat the eventual boredom of watching the games. The idea was a hit and gained nationwide projection, helping the team to stabilize as a commercial entity. 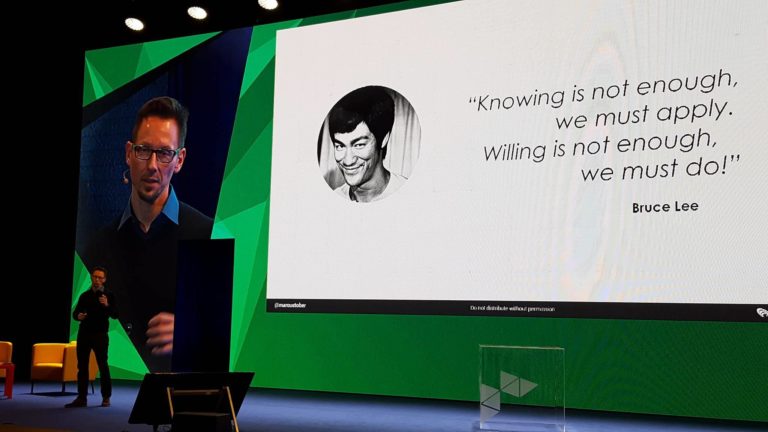 Russell McAthy, the head of a marketing attribution company in the UK, conducted a web analytics-centered workshop with core strategies for global brands on how to improve their marketing activity. According to McAthy, most companies do not understand web analytics as an integrated circle. Two essential ingredients for the so-called masterfile, which gathers the reporting requirements based on the company’s specific KPIs, are to interview internal stakeholders and to work meticulously in the documentation of findings.

Another crucial part of the circle is data governance, which is about validating that the data received by the analytics package is in line with other data resources. The next phase includes the project handover with the Solutions Design Document (SDD) and collaborative onsite and workshop style training. Only then will analytics be able to drive a change, an action!

Another valuable concept tackled was forecasting, aligned with search engine optimization (SEO) and paid advertising (PPC) activities. While claiming that data integrity is more important than accuracy, McAthy explained that forecasting has to do with noticing trends. Trends can only be detected by analyzing subsets of data from different angles and by taking seasonality factors into consideration. “We spend too much time on people who convert when we actually need to analyze people who bounce, because we know what campaign piece made them bounce” added McAthy.

In order to design an effective model of marketing analytics, macro conversions and micro conversions go hand-in-hand with multiple attribution models. Most data scientists agree that Google Analytics’ last, over-simplified interaction attribution model is prone to miss valuable information regarding sequence, recency (variants between each session), channel relationships and impression relationships. Good data comes in layers and is tracked across multiple devices. The best model for your business depends on how you are going to use it.

My final assessment of the Marketing Festival experience is positive. I am already looking forward to upcoming editions, hopefully accompanied by other curious minds. The program covers a wide range of competences that we are expected to develop and that allow us to understand the rewards behind continuous improvement. All in all, it is an important event for everyone who seeks a more compelling and creative way to catch people’s attention, which will fulfil the task of delivering high quality content. What is our next best action?