This is the story of how the feeling of creating a great learning experience for others can improve the taste of absolutely anything and everything.

Would you like to break the JavaScript Speed Limit?

The coffee I’m sipping right now tastes much better than ever before. Unfortunately this text will not give you the ultimate recipe for the perfect amount of chili and cinnamon to add to yours. It will tell you how the feeling of creating a great learning experience for others can improve the taste of absolutely anything and everything. As you will soon see, this story not only begins with a cup of coffee but also ends with one.

Some of the most important moments in one’s career take part during a coffee breaks. That’s exactly what happened just a few months ago, when an idea of organizing a JavaScript Performance Hackathon emerged during just one of those coffee breaks. It was a conversation between me and Paweł Bród, one of the most talented JavaScript developers in NoA Ignite. Since he’s the guy of knowledge and I’m a girl of action, soon we started to bring this concept to life. 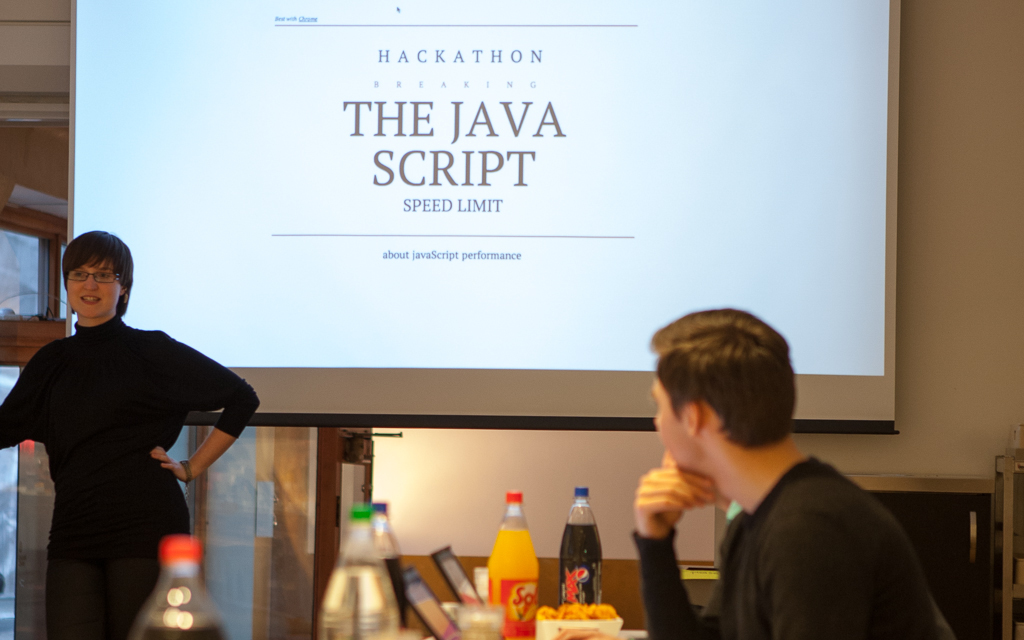 Knowing that the more the merrier, we invited Konrad Dzwinel to this initiative. He gave us his experience, in depth expertise of JavaScript and some strong presentation skills. It seems that Konrad and Paweł were the brains of this operation, what makes me precisely the muscle! I must admit, that I used some of my muscles a lot, approaching absolutely everyone who could be interested in our hackathon. I emailed, called and bothered almost every living soul to find ones wanting to spend an evening with us on coding and learning. I also traveled over the sea, moved some furniture and possibly a mountain or two.

For several weeks the three of us worked hard to make the JavaScript Performance Hackathon happen. The concept was to invite people with various programming skills to learn something significantly useful yet often problematic. We chose JavaScript as this is the technology that currently has the most impact on the Web and we focused on performance, as this is the single aspect of every website that can either bring the user a delightful experience or feeling of total disaster. What’s also important, we didn’t want to build another lecture or workshop-like experience. We strove for something quite different!

The actual event took place at 7th of October. It was divided into two parts. The first one was a short presentation covering all the performance optimization related information, that was to be used in actual coding tasks. This part was run by Paweł , who authored several successful JavaScript related workshops in NoA Ignite. He was once again able not only to teach but also to inspire people to use JavaScript with far bigger attention to the impact it has on the website’s performance. 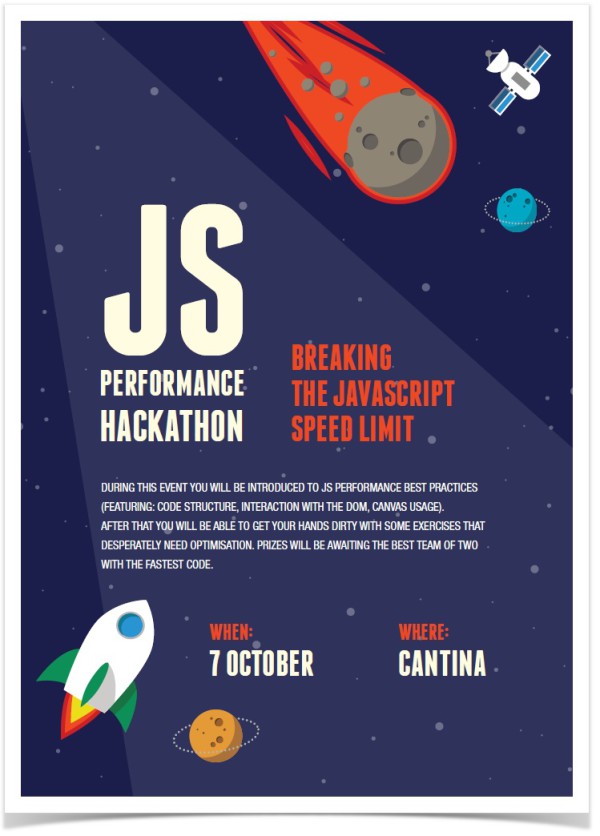 Right after that the most competitive programmers joined us on a quest of breaking the JavaScript speed limit. It’s been an exhaustive 3 hours fight to concur the universe of badly written code. Code that was nearly killing our browsers. All the examples were carefully crafted by Paweł and Konrad to give participants as many opportunities to use their JavaScript knowledge as possible.

We encouraged people to work in pairs, making them and their knowledge as significant as the facilitators’, who were assisting anyone who needed it. Participants did a fantastic job being the teachers and the ones who were being taught at the same time. Tasks were interesting for the most experienced programmers and approachable for those who were just starting to build their JavaScript related competence. 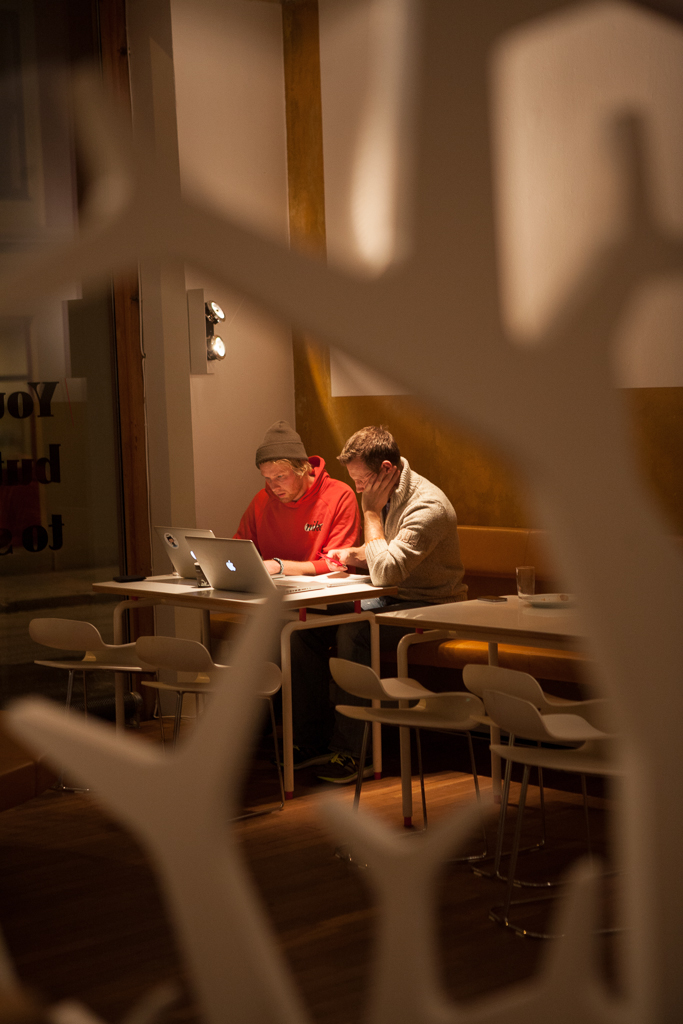 The machine could not do it all

What’s also worth mentioning is that we had a neat platform measuring the optimizations that were submitted. The platform called Hacka Tester, published live results to boost up the competitiveness in participants. 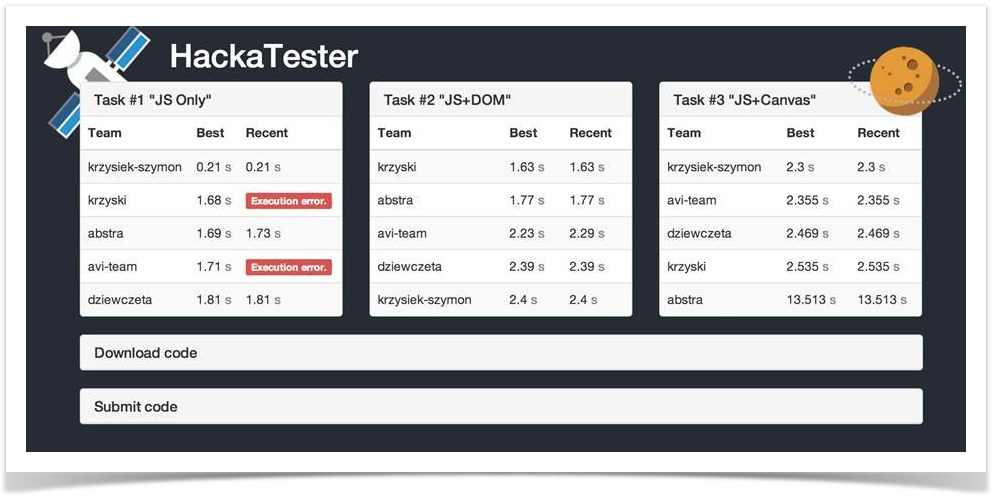 It was exciting even though it posted just an approximation of the scores. The final code verification was conducted by Konrad and Paweł to make sure that the fastest code does something fast enough, rather than an extremely fast nothing.

The prizes also did a great job!

Winners were able to put their hands on a device we are all really excited about at Making Waves. We gave them Arduino!

Arduino is a project which includes the physical platform, based on a simple board with microcontroller and a development environment for creating software. It’s fully interactive, allowing you to connect it with switches, sensors, input devices and peripherals such as LEDs or motors. What makes it so fun, is the opportunity to work with it using JavaScript, bringing the language straight from the browser to the real world. There is nothing ironic in the fact that the best coders were awarded with a device to make them code even more! 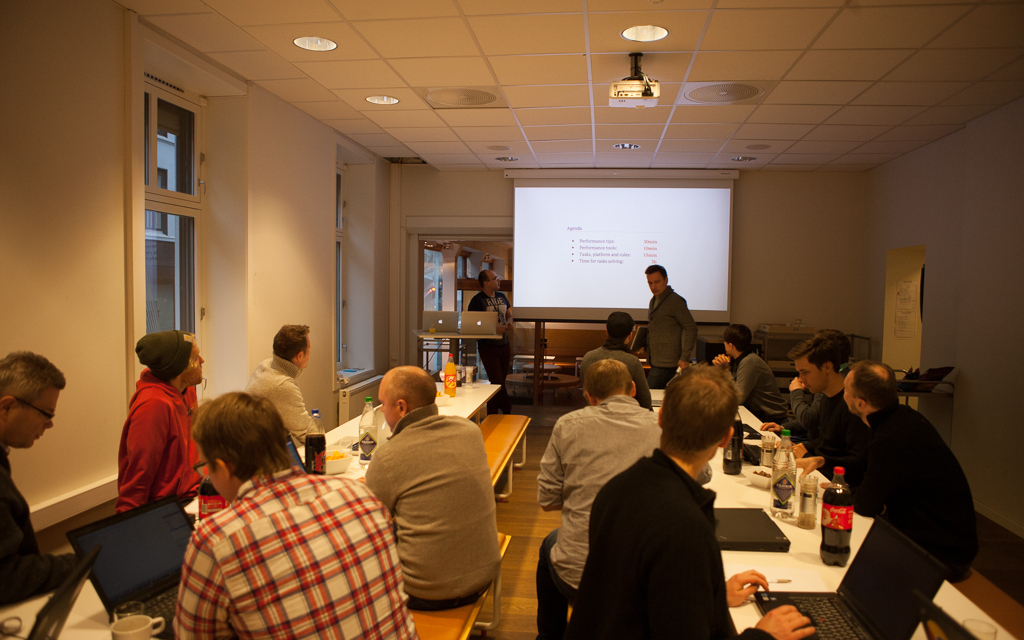 The feedback we got from the participants made us extremely proud. We’ve heard statements as: “really inspiring”, “a fantastic intro to JavaScript performance”; “I’m so motivated to learn even more!”; “learning could not get any better!”.

What this text is really about

I’m not writing it all just to make you wish you were there with us. We were so pleased with the first JavaScript Performance Hackathon in Krakow, we have already organized another edition in Oslo. Currently we’re polishing the idea of running a similar event for the local JavaScript community in Kraków. If you’d like to be a part of such event, I’d be more than happy to discuss the details of it with you, over a nice cup of coffee.

Katarzyna Juszczyk is a Front-End Developer with a passion for experimenting, knowing-it-all and encouraging others to share her excitement. She’s been a part of many initiatives promoting Front-End technologies. When she’s not doing Front-End, she’s most likely all about horses or art or horses in art.